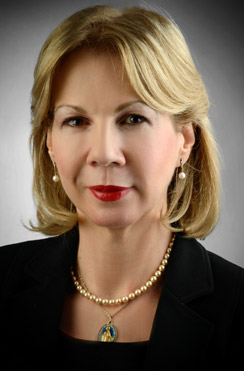 Ms. Velázquez advises international and domestic clients across a range of sectors including the telecommunications, banking, project finance, capital markets, and equity issues, including IPOs.

She has a focus on complex financing and commercial transactions, technology and distribution. Her clients instruct her on the basis of her solutions-focused, personalized service, which takes into consideration each client’s specific goals and constraints.

Chambers ranks her as an Associate to Watch. Sources describe Ms. Velazquez as “an impressive lawyer”. Legal 500 also acknowledged her as one of the practitioners to note for corporate and finance work.

Before joining Castillo y Castillo, she was a Partner in two Dominican law firms. She has also extensive in-house experience having worked as a Loss, Prevention, Claims and Security Manager for a pioneering shipping and container company, and as Second Legal Vice President for the second largest telecommunications service provider in the Dominican Republic. In addition, she worked as assistant to the Dominican Republic Consulate in Madrid, Spain.

Ms. Velázquez is a Judicial Interpreter of the Court of First Instance of the National District in Santo Domingo.